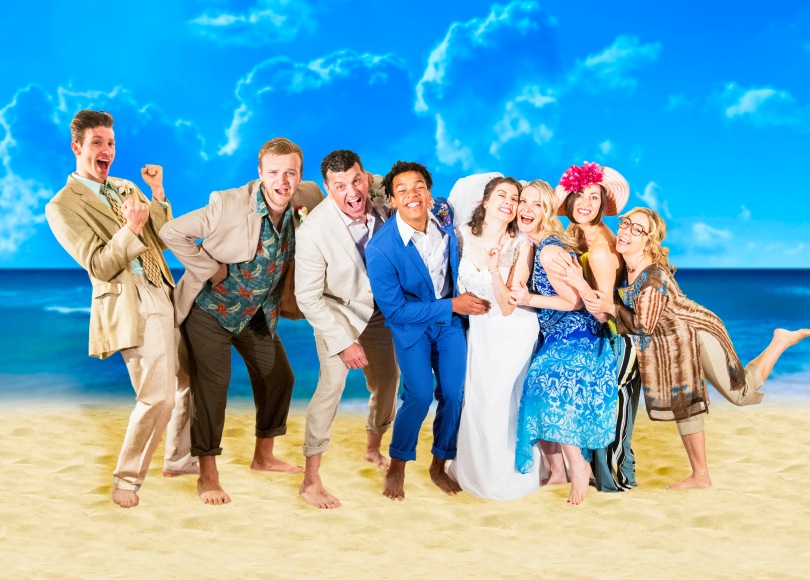 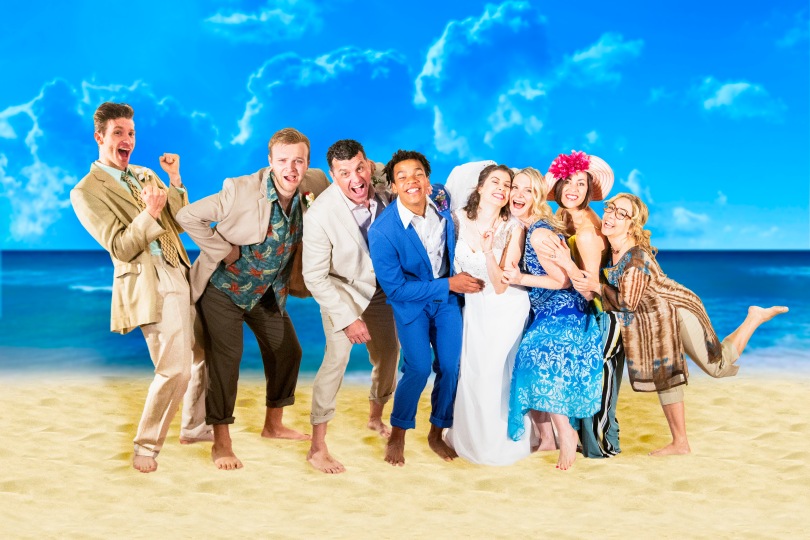 Mamma Mia is getting two productions in Connecticut this summer; they don’t overlap but there is only a few days between them.

The Nutmeg Summer Series at UConn in Storrs is leading off with its production of Mamma Mia directed by Terrence Mann, running through June 22.

It was surprising on opening night, how many people raised their hands when Mann asked who in the audience had never seen the show. After all, it ran on Broadway for 14 years, closing in 2015 and has toured extensively and had a popular movie (plus a sequel).

The plot has been used before in film, stage and musicals (Burton Lane and Alan Jay Lerner’s Carmelina). A woman, Donna has liaisons with three men within a short period of time 21 plus years ago; she becomes pregnant and raises her daughter alone not telling the girl anything about her father. Now the daughter is about to marry, has found her mother’s diary and discovered the information and has invited all three men to the wedding; they show up. None know about the others; each thinks he his the father.

This version of the story uses the songs of the popular Swedish group ABBA written by Benny Andersson and Bjorn Ulvaeus.

The UConn production has many good elements. The scenic design by Tim Brown is excellent at offering us a Greek small island and the lighting by Timothy Reed bathes the stage in a variety of soft pastels. But Michael Vincent Skinner’s sound design often allows the band (behind the set) to overpower the singers so that the lyrics are difficult to understand. In the higher ranges, the sound can be screechy.

An important part of this show are the costumes designed by Fan Zhang. When all this originally happened, Donna and her friends Tanya and Rosie were a singing group, so we have some extravagant costumes.

The two most important characters in the play are Donna and Sophie, the daughter. As played by Jessica Hendy and Kelly McCarty, they project a real mother-daughter bond, complete with conflicts. Both have good voices for the music genre. Next in importance are Donna’s two singing partners. Lauren Blakcman is very good as the more sophisticated and blasé Tanya while Jennifer Cody makes Rosie too much of a comedienne; the role requires some restraint.

In casting the three potential fathers, Mann used a master’s degree acting student from UConn as Harry Bright, the Englishman. Unfortunately Rob Barnes is just not convincing as a 40+ year old man. He looks more like a potential suitor for Sophia. Jamie Colburn is good as potential father Bill Austin. But the best of three is Bradley Dean as Sam Carmichael. You can easily accept that he and Donna had a “thing.” He bring charm and clear baritone to the role.

The ensemble and the other cast are all good.  Choreographers Mary Ann Lamb and Jessica Walker have given the eight person ensemble multiple numbers.

Overall this is an enjoyable production that gives Ivoryton something to aim at.